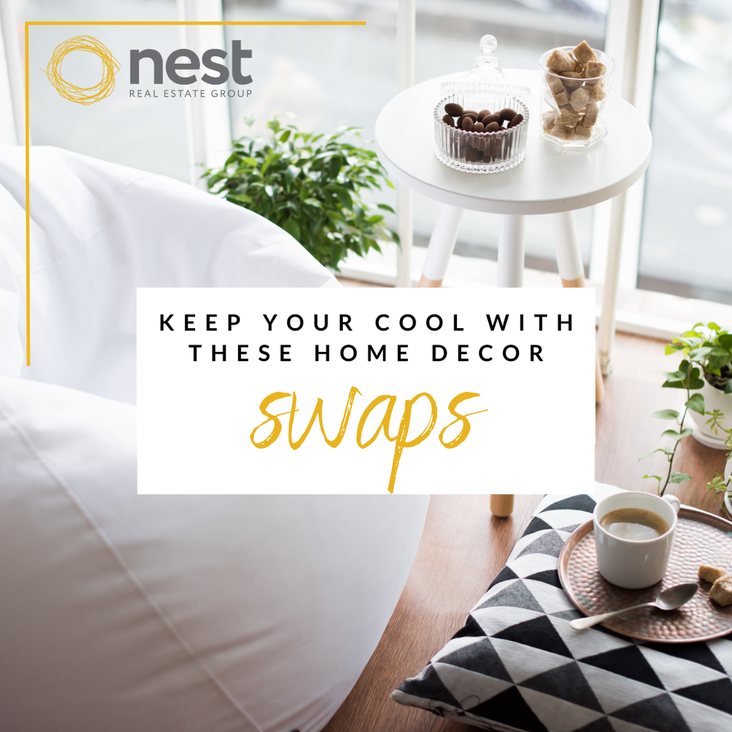 Want to hear some tips to keep your energy bill down this summer?
It has nothing to do with turning the lights off when you leave the room! RealSimple.com has five simple home decor swaps to make your living space feel cooler and calmer this summer.

Here they are: 🌱 Trade shag or wool rugs for simpler cotton ones. 🌱 Swap heavy drapes for lightweight curtains. 🌱 If you don't have AC, position two fans for a cross breeze. 🌱 Ditch the heavy comforters and throw blankets for a simple quilt or duvet. 🌱Swap your flannel sheets for a lightweight linen set.

How do you keep it cool in the summer? Tell me what tips you would add! 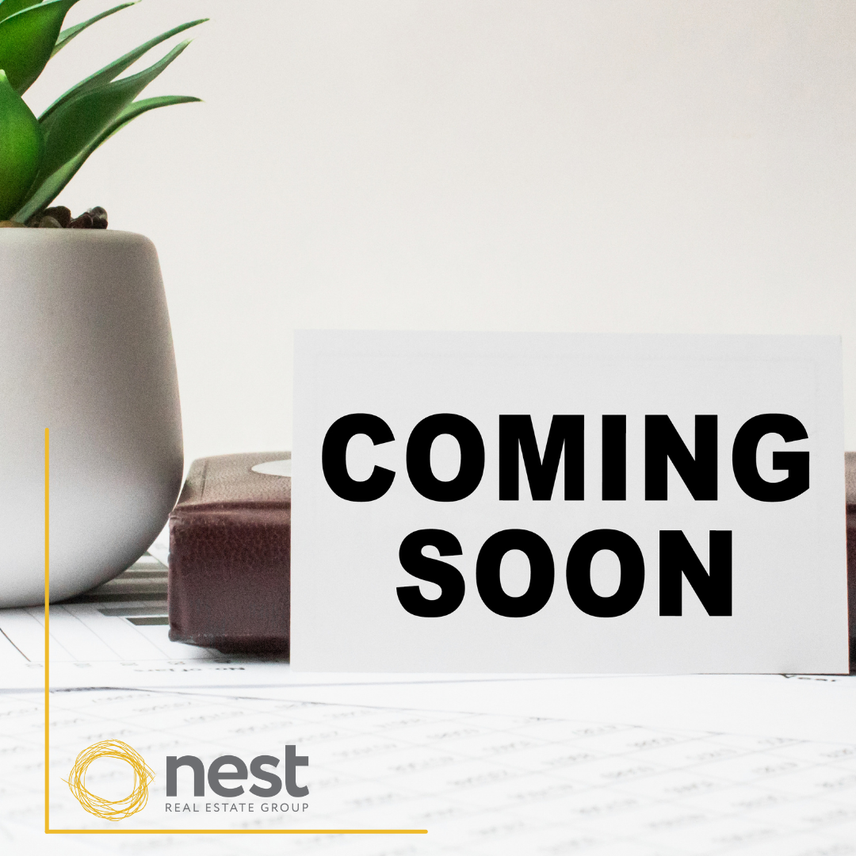 COMING SOON TO YOUR LOCAL NEIGHBOURHOOD

Updated Rancher on a large lot in West Central Maple Ridge is hitting the market next week and you are going to want to see this one.
The updates in this home include:
Newer Furnace and Hot Water Tank
Fully Landscaped Large Lot
Wired for Surround Sound and Built-in cabinets in the basement
Gas BBQ hook-up
Newer Windows
Stainless Steel Appliances
The list goes on.
Contact us TODAY for more details 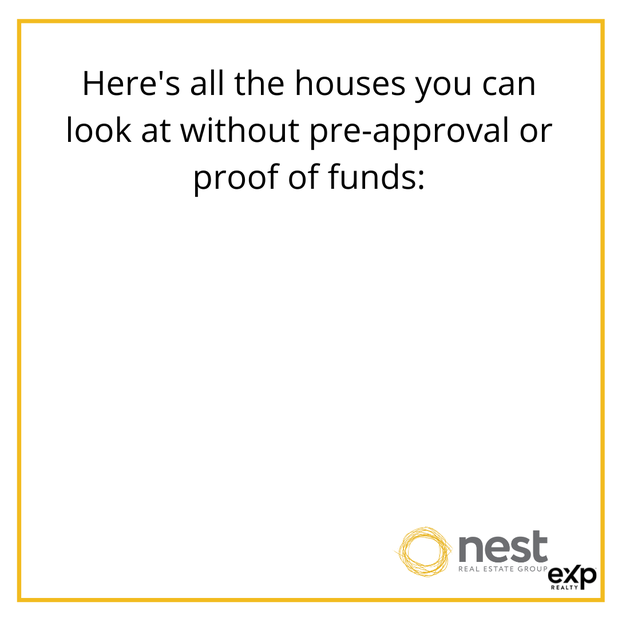 What is the difference between Pre-qualification and Pre-approval?
Prequalification is a basic review of the borrower's information to determine their creditworthiness.

Pre-approval is an in-depth review of the borrower's financial situation and credit score to determine the mortgage application's status.

Why is this important?  Contact us and let us walk you through the process.
We can put you in touch with an expert to assist you. 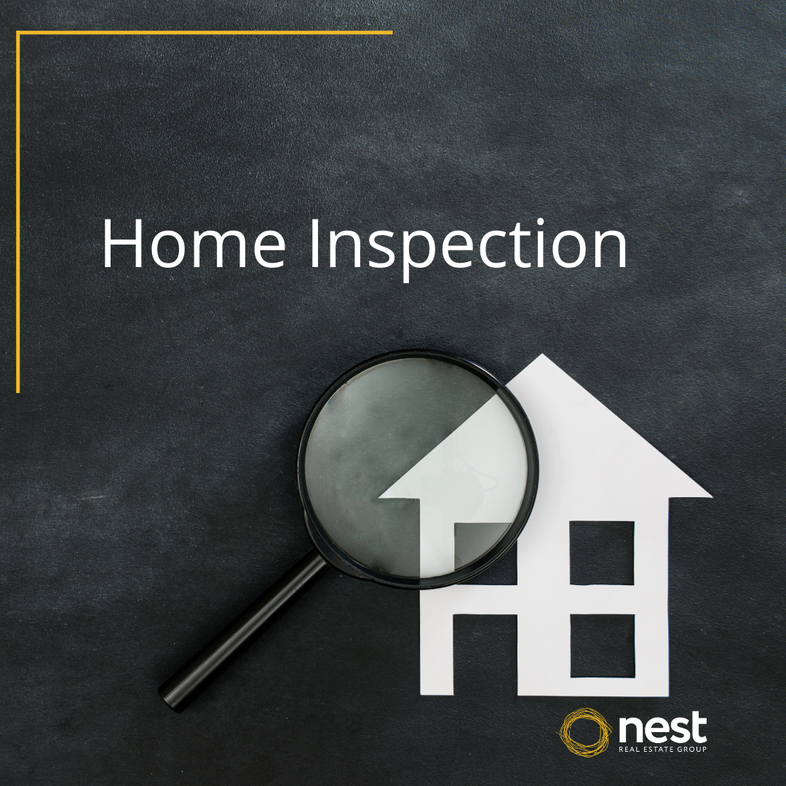 At Nest Real Estate Group we pride ourselves on being surrounded by industry leaders.  These are the people we reach out to when we need assistance...
This week we are highlighting CORE PROPERTY INSPECTIONS
Aaron Borsch has been doing home inspections serving Vancouver and the lower mainland for over 10 years.  His reports are all digital with photos and he uses the latest tools when doing a home inspection, like infrared cameras.
Aaron was born and raised in Vancouver and has seen the lower mainland grow and change over the years. In the winter you can find him up at Cypress or Big White snowboarding and in the summer he enjoys traveling wherever the wind takes him.
Do you have more questions than answers? Call us and let us help guide you 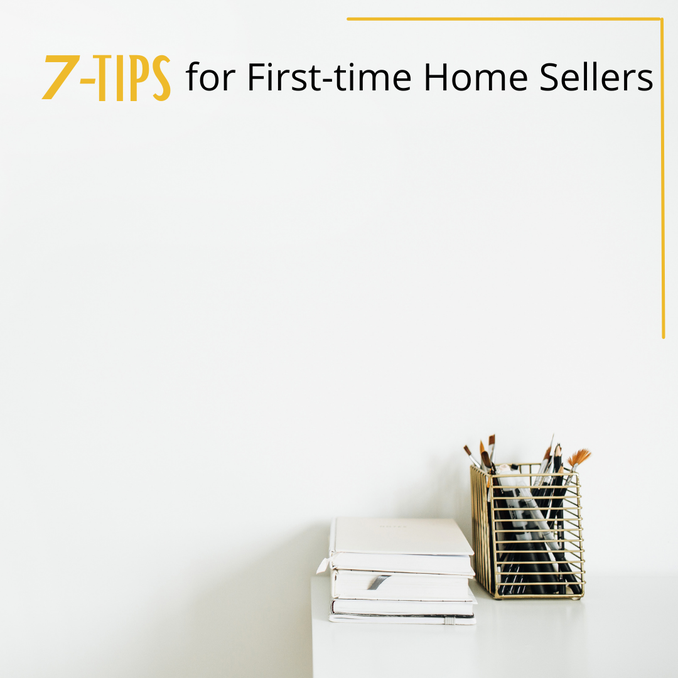 You are Selling your home, you have made the decision to move onto something new or bigger or maybe out of province...now what? 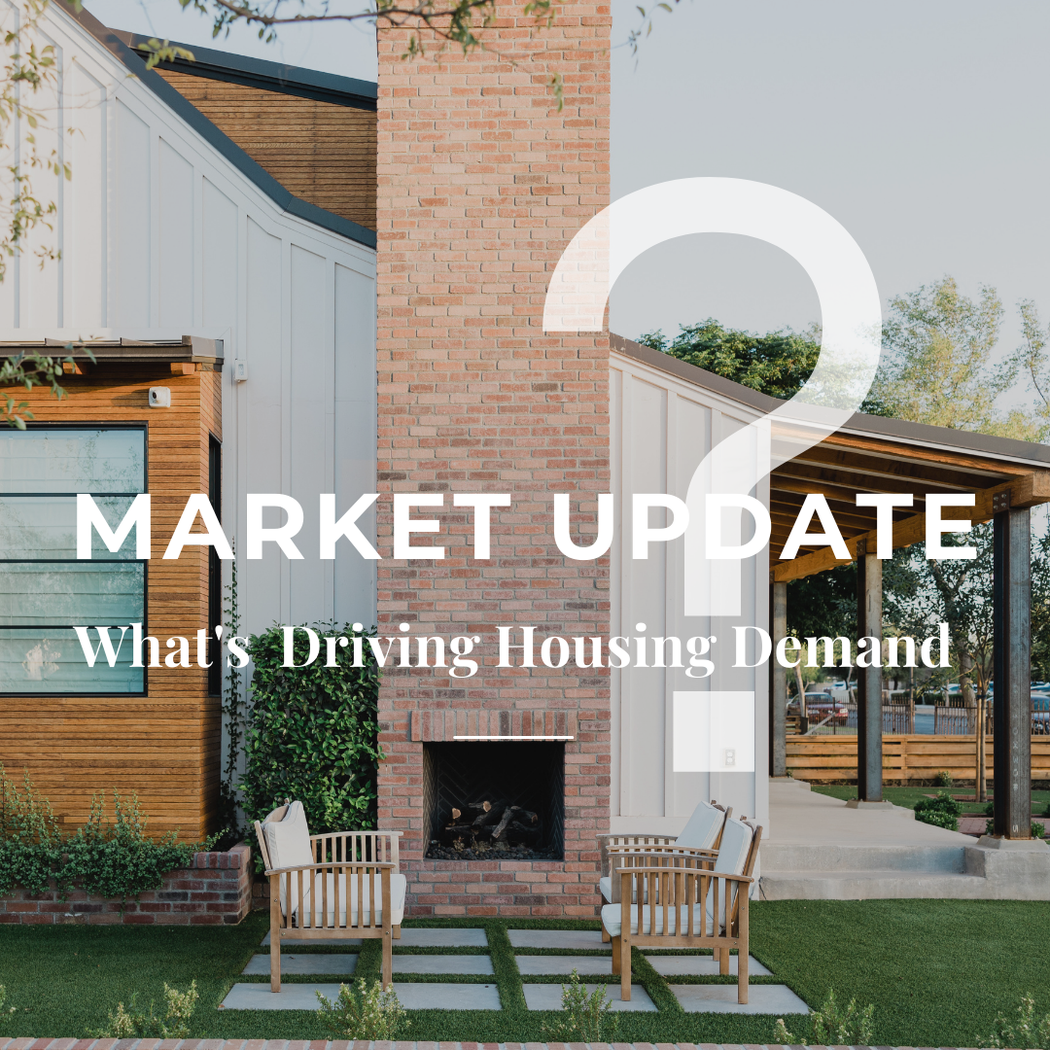 WHY IS IT SO HARD TO FIND A HOME TO BUY?
A few factors have contributed to the low supply and high demand for homes over the past year. Here are the factors driving the current housing demand:
1. During Covid, many people were forced to stay at home. This influenced them to start looking for new or bigger homes with more space for a home office.
2. New construction would typically help meet demand in the housing market. But with the spike of demand, new construction has not been able to keep up. Plus the supply chain for construction materials had trouble keeping up.
3. In highly competitive markets, homeowners are hesitant to list their property before being under contract on their new home.
So what is going to happen now?
According to the BCREA in a recent article,
"Residential property sales are forecast to drop 17% in 2022 after a year of record highs."
(Vancouver is Awesome, B.C. home prices expected to climb 8.5% in 2022 amid supply shortage 2022)
Capping off 2021, the Canadian housing market reported record-low levels of home supply in December according to the latest national market report from the Canadian Real Estate Association (CREA). By contrast, home sales remained historically high last month but inched up only slightly from November.
“With the housing supply issues facing the country having only gotten worse to start 2022, take any decline in sales early in the year with a grain of salt because the demand hasn’t gone away, there just won’t be much to buy until a little later in this spring,” said Cliff Stevenson, chair of CREA, in the report.
“But when those listings eventually start to show up, the spring market this year will almost certainly be another headline grabber,” he added.
Here’s what we know from the latest from CREA.

Monthly sales grow less than one percent, but 2021 sets a new record

Across the MLS system, the number of home sales recorded grew just 0.2 percent from November to December 2021. This is quite the change from October, which kicked off Q4-2021 with a nine percent jump in activity that month.
The actual — not seasonally adjusted — number of transactions in December was 9.9 percent below the record for that month, which was established in 2020. Still, this makes last month the second-highest level for sales in December.
Most large markets nationwide reported little growth in month-over-month sales, CREA stated, with the exception of Calgary and the Fraser Valley.
In 2021, 666,995 residential properties were bought and sold via MLS, setting a new record for the number of homes sold in a year by a wide margin and reaching over the 10-year average by 30 percent. The total quantity of properties sold last year surpassed 2020, the previous record-holder, by just over 20 percent.

From November to December 2021, the number of newly-listed homes hitting the market fell 3.2 percent. Listings dropped in Greater Vancouver, Montreal, and other communities in Quebec, more than offsetting a boost in supply in the Greater Toronto Area.
Nationwide, there was just 1.6 months' worth of inventory in December, the lowest level ever recorded.
“There are currently fewer properties listed for sale in Canada than at any point on record,” said Shaun Cathcart, CREA’s senior economist, in the report. “So, unfortunately, the housing affordability problem facing the country is likely to get worse before it gets better. Policymakers are starting to say the right things, but now they have to act to change this course we’re on.”
With home supply continuing to drop as sales remained mostly unchanged, the sales-to-new listings ratio tightened to 79.7 percent. This is an increase compared to 77 percent in November. The long-term average for the national sales-to-new listings ratio is 54.9 percent, CREA said.
Based on the sales-to-new listings ratio, two-thirds of local markets were sellers’ markets in December while the remaining third was in balanced market territory.

As market conditions tightened further, the Aggregate Composite MLS Home Price Index (MLS HPI) increased by 2.5 percent monthly during December. The non-seasonally adjusted Aggregate Composite MLS HPI grew by a record 26.6 percent on an annual basis in the same month.
The actual — not seasonally adjusted — national average home price was $713,500 in December, up 17.7 percent from a year ago. When removing the GTA and GV from the calculation, the national average price falls from $150,000 to approximately $563,500.

Several major housing markets reported price growth in December.
Alberta and Saskatchewan recorded price gains in the mid-to-high single-digit range while Manitoba saw prices rise about 12 percent. In British Columbia, year-over-year price growth climbed above 25 percent but remained lower in Vancouver.
Meanwhile, in Greater Montreal, price growth remains at a little over 20 percent, with Quebec City reporting about half of that amount. In Ontario, yearly price growth remained above 30 percent in December. Prices in the GTA, after trailing behind other parts of the province, surged ahead last month, CREA stated.
Similarly, New Brunswick price growth ran above 30 percent in December as annual prices jumped about 11 percent in Newfoundland and Labrador.
McNally, Michelle. “There Have Never Been Fewer Properties for Sale in Canadian History.” Https://Www.livabl.com 2022, https://www.livabl.com/2022/01/2021-market-concludes-record-supply-crea.html. Accessed 2022. 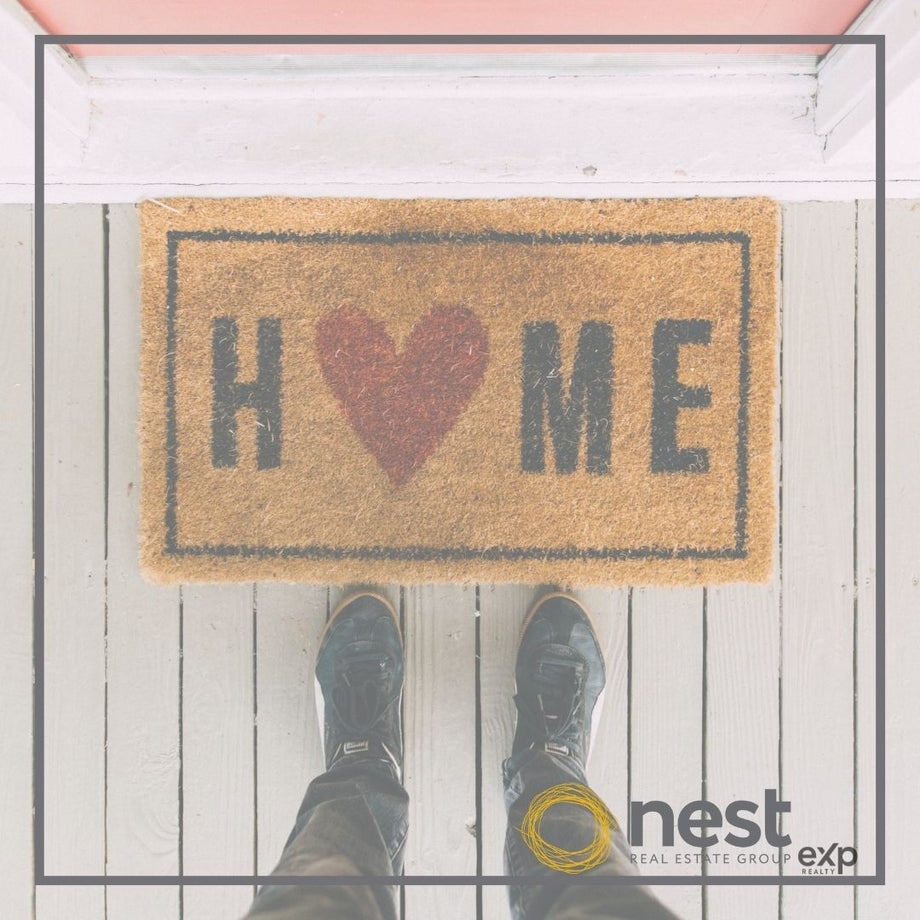 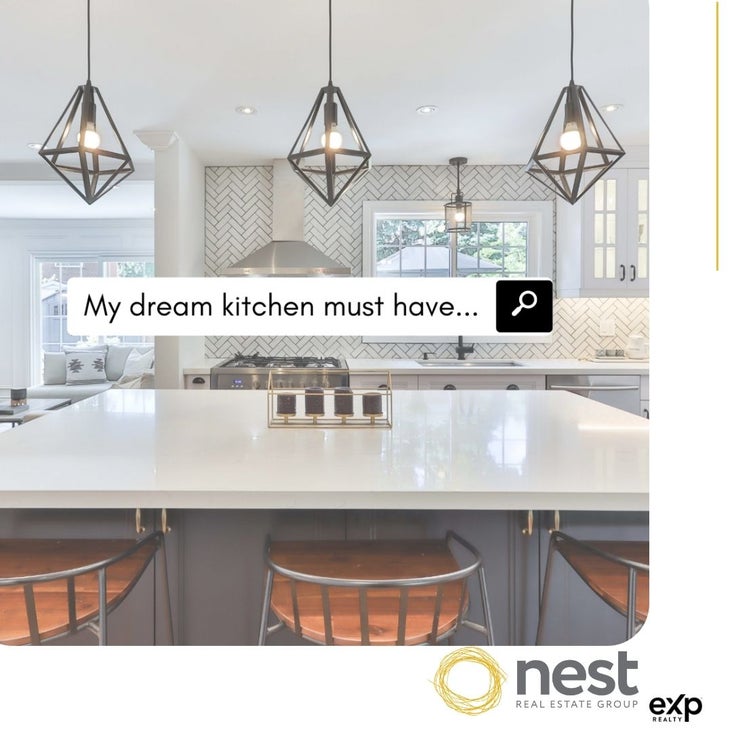 When I think about my dream kitchen, I think of design and convenience. Beautiful cabinetry, a big island, wide-plank wood floors, white stone, and fabulous hardware.

According to blogger iowagirleats.com, there are certain items that not only are design worthy but are ever so convenient in the kitchen.

1. Appliance Garage
2. Walk-in or Butler's Pantry
3. Sliding pull out drawers and shelves
4. Command center
5. Built-in wine refrigerator
What are some of your "must-haves" for your dream kitchen? 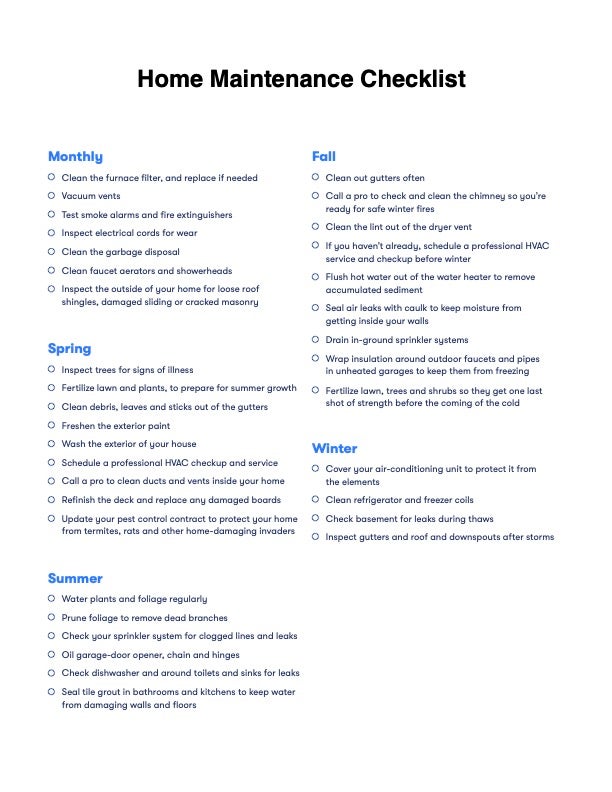 Home maintenance does not have to be difficult or all consuming, taking it one chore at a time is the key to success. Sometimes new homeowners are unsure where to begin, thats why the checklist included can help break down when and what.
Still have questions or don't know where to begin, ask a neighbour or a friend for help.